A year full of excitement has passed but since this is just the beginning of a hopefully long lasting journey it will be even more exciting in the future. But let's have a look back first.

2014 is and will always be the year everything started. Four madmen from Trier finally had the courage to take a big step forward in becoming a registered company. Since winter 2013 we were developing our first game In Between and that should still be our quest in 2014 but paired with the preperation for founding our sweet baby 'gentlymad'. And then there was this big wave of totally awesome and unforgettable events. The year was a big adventure and we can imagine ourselves as old gentlemen ensconced in an armchair next to the chimney telling our grandchildren the story of our life's work. Haha, big words, eh? But the year felt so unreal that we still dream of reaching our goals and desires. And, to be honest, dreaming is absolutely important.

Let's begin with the first exhibition and therefor the first deadline we had this year: The Indievelopment in Utrecht, Netherlands. This is were we had our first public test of In Between. It was an amazing time with all the people playing our game and giving us such great feedback. We had an enormous motivation boost on having our plans become reality. And actually this was also the hour of birth for our beloved arcade machine. 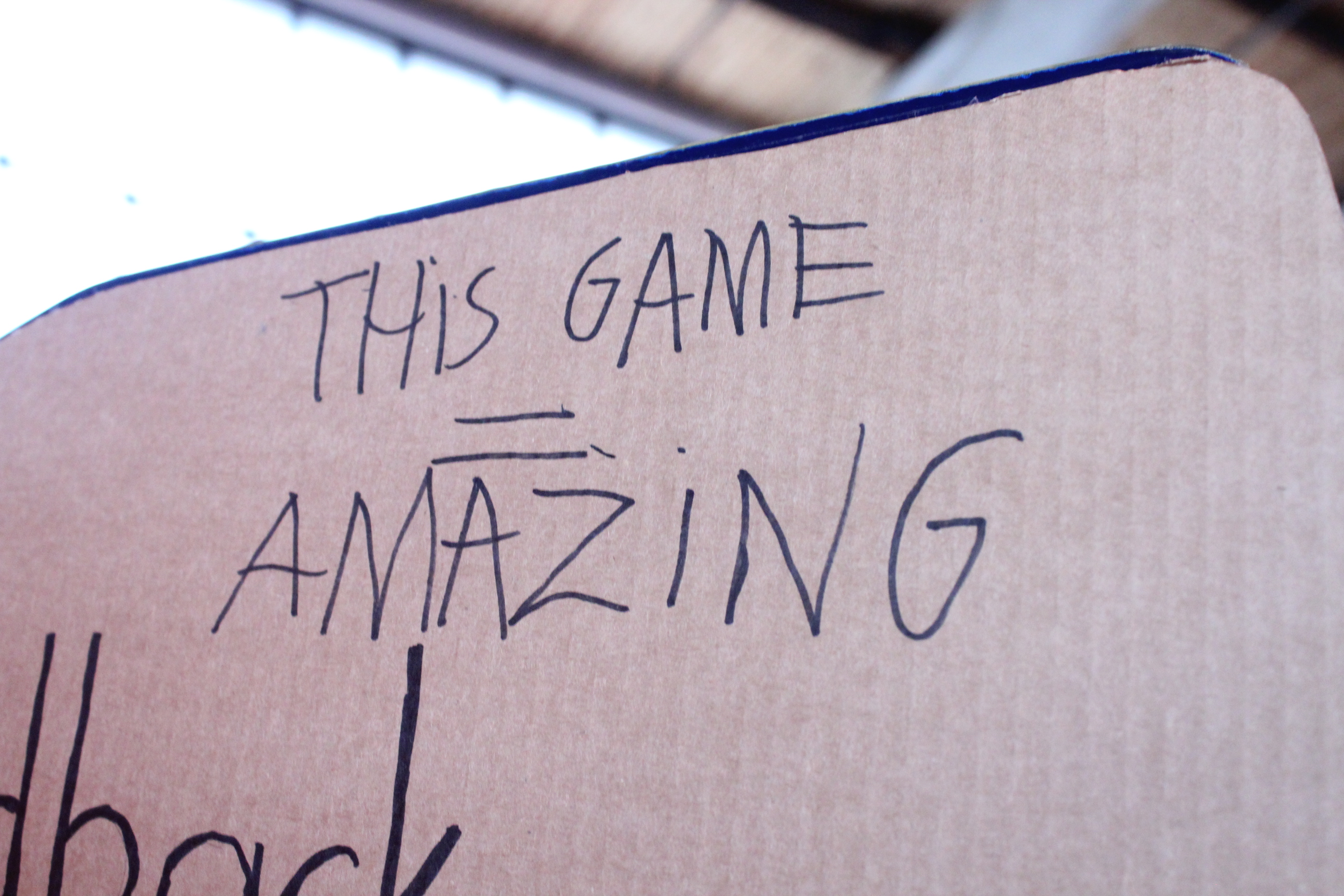 One of the more telling moments 2014 was on June 11th. This is were we went to the notary and officially found our company with all the stuff you have to do like the company agreement or registration at the tax office and the commercial registry. Can you beleive it? We are a company. How cool is that?

In August we had our second exhibition and it wasn't a small one. Due to our second place at the german multimedia award 2013 we were invited to exhibit In Between at the gamescom in Cologne, Germany. We had a small booth slot in the education hall and it was a wonderful experience. Even though it was really exhausting to attend gamescom for 5 days straight there were so many people playing and liking our game that it was again worth the effort. Thank you so much!

And now something completely different. As we always want to practice Open Development and to stay tightly coupled with our community we came up with the idea of doing Dev Diaries on Youtube. But soon we realised that it is really hard to do them in a high frequence. The first time we tried to film ourselves talking about In Between was horrible. We just sat in front of the camera having a hard time to find the right words without stumpling upon phrases we didn't want to say or to be lost in translation. At the end of the day we decided to make less diaries but to provide more important information. If you always want to be up to date follow our channel gentlymadcompany.

October - Our journey to Berlin

A great response to our debut game was winning the Red Dot Award 2014. We decided to take part in the Red Dot Award because it is an established decoration in the world of design. We also tried to find out if we could convince a jury that not only consits of professionals from the gaming industry. In the end we were awarded with the Best of the Best Red Dot, which stands for being within the top 1.2% of all submissions. We took part in the award ceremony in Berlin which totally blew our minds away and we were also invited as speakers on the Define Game Design Conference the day before. You can get some crazy impressions of our trip to Berlin by viewing our Red Dot Diary.

Since we were developing In Between for such a long time we felt like it would be a good idea to have some distraction. Sometimes you need to shift your view so that you are able to look back on your main project with a clean mind and to appreciate what you've achieved so far. So in November we decided to take part in the #indiesvspewdiepie gamejam on Gamejolt. We came up with our game Scream or Die which we developed in 72 hours starting from nothing but a rough idea. Of course we also hoped to get some publicty because as true fans of Pewdiepie we knew that it could have a great marketing impact if he would play our game on his youtube channel. We ended up as 135 of 768 entries which is not as good as we expected. As professionals we would have loved to be at least within the top100 but for participating the first time in a gamejam we have to admit that it went very well. We also had one more game for our portfolio, which is nice.

Because #indiesvspewdiepie was so refreshing we took part in another gamejam which is well known in the gaming scene. We teamed up with some friends from Trier called Pixel-Pub to create a game for Ludum Dare. This time we did not try to make something extremely innovative but focused on solid gameplay and great graphics. This decision was made because we hadn't worked together with Pixel-Pub before and we didn't want to end up empty-handed. The result of this jam was our game 'Pavarocket', which was also developed within 72 hours.

In closing, this year was full of things we haven't done before. We learned a lot from stepping into new territory always following the credo: nothing ventured, nothing gained. We want to encourage everyone to take a risk and do it your way. Furthermore we want to thank all the people supporting us so far and who are following us and our projects. You are awesome and you are the reason why we got so far... and this is only the beginning. The year 2015 will be the year of truth. Everything we did until now will be a crucial factor to the question if we can continue with gentlymad as we planned to. In Between will be released in february and we have some great prospective ideas we would love to pursue.

At last we wish you happy holidays and a great start into the new year. And there's nothing left to say but: See you in 2015!

Sheetah - Extending After Effects for game development
In Between - Demo Update