A new demo of In Between is available on its game page featuring a more representative version of the game.

As the release of In Between comes closer we decided to update our demo with a version that really plays, feels and looks like the final game (that by the way will be released later this year). For those of you who haven't downloaded the demo yet we highly recommend to give it a try. But also if you have already played it you may want to take a look at the current build. If you enjoyed our game or if you want to share your thoughts feel free to contact us on twitter, facebook or by e-mail.

Here is a shortened changelog to give you an overview about what has changed since the last version.

Character animations are now smoothly interpolated to give the game a softer feeling. The characters feet still provide direct feedback by not being transitioned to prevent distracting the player in gameplay. The gif on the right compares the new animations (left) to the old ones (right).

We got rid of a lot of bugs. You may not notice this in the demo version since they are mostly concerning larger levels. There might still be bugs left, so if you find one: Let us know. It's always recommended to attach a screenshot if possible. Feel free to use our comment section below to post a bug.

We are almost done with polishing all story scenes. You may notice a difference in the intro scene of the demo. The image below shows the intro scene with its fresh new look on the right.

We added a really short Intro to the game. It's always played when starting the intro scene from the menu. The image below gives you an impression of the short intro. 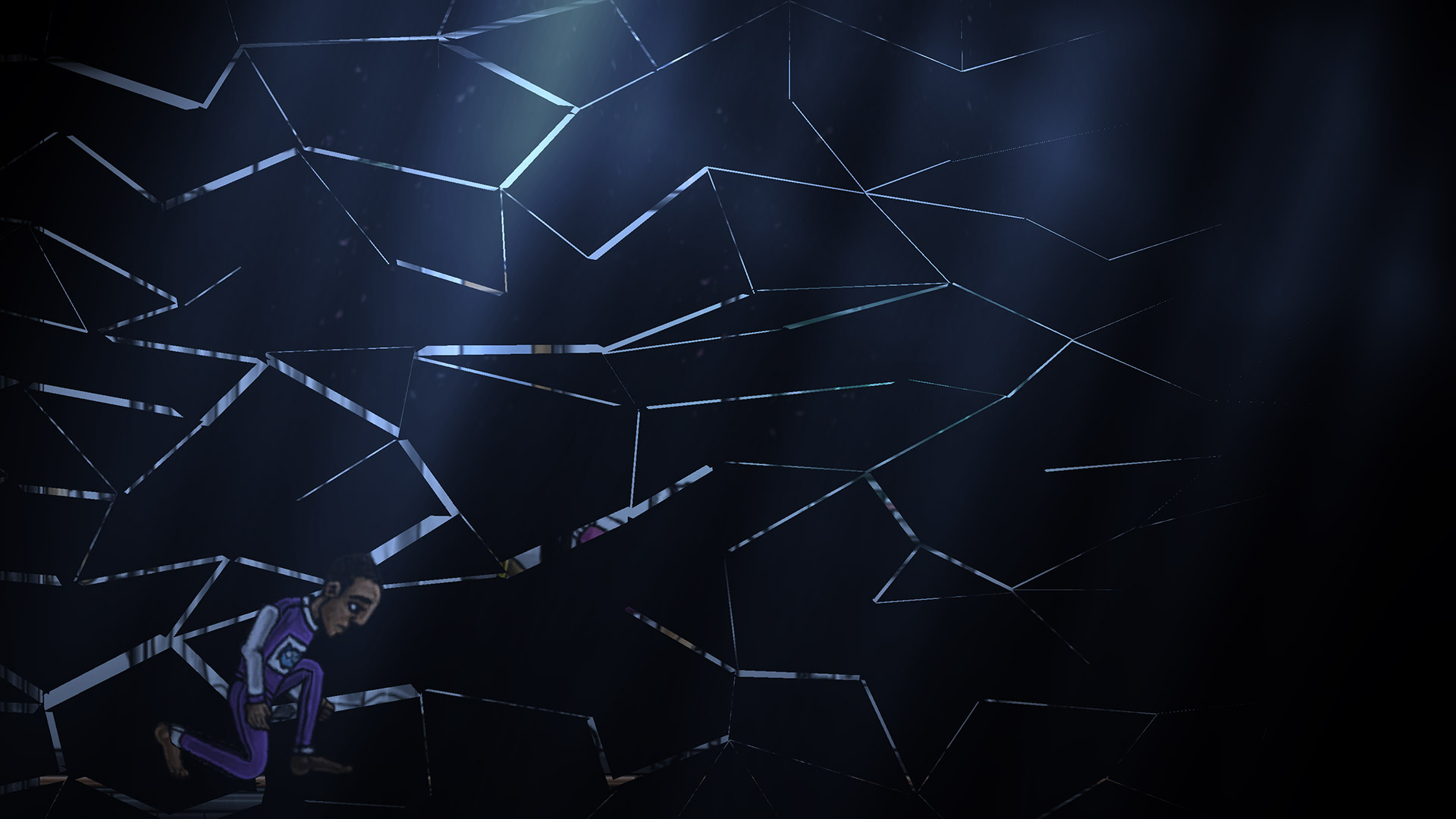 There were changes made in some levels, mostly to prevent shortcuts or to force the player to learn a specific behaviour.

We tried to improve performance by batching meshes and sharing materials. Does it run smoother on your machine now?

Last but not least here is the link to download the new demo:

The final game will be released mid 2015. Subscribe to our social channels or to our newsletter if you want to stay informed. And as always: Enjoy playing!